FREE - GRAB IT NOW FROM iOS or ANDROID APP STORE!


Desi Music is Spotify, IMDB plus Shazam of Bollywood. Nowhere else will you get music, lyrics, movie ratings, star biographies, photo galleries, filmographies, reviews, videos, radios and social integration of music fans worldwide ALL IN ONE APP! Desi Music is the first and only Bollywood App to be released on Apple Watch! 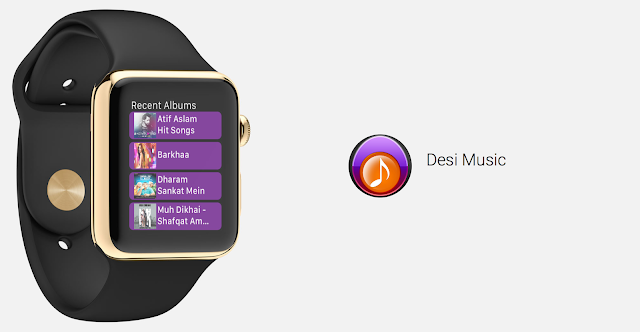 
Email ThisBlogThis!Share to TwitterShare to FacebookShare to Pinterest
Home